Tal is the programming language for the Uxn virtual machine. 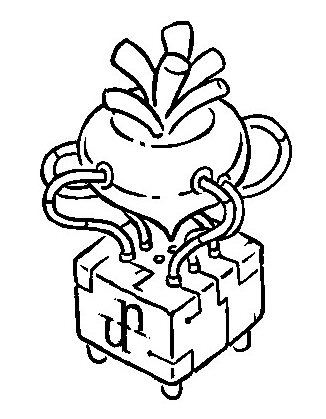 To get started, equip yourself with an emulator and assembler for your system.

Uxn has 64kb of memory, 16 devices, 2 stacks, and 36 opcodes with 3 modes each. The list below show the opcodes and their effect on a given stack a b c, where PC: Program Counter, M: Memory, D: Devices, and rs: Return Stack.

To learn more about each opcode, see the Uxntal Reference.

Each opcode has 3 possible modes, which can combined:

By default, operators consume bytes from the working stack, notice how in the following example only the last two bytes #45 and #67 are added, even if there are two shorts on the stack.

The return mode makes it possible for any opcode to operate on the return-stack directly. For that reason, there is no dedicated return opcode. For example, the JSR opcode pushes the program's address onto the return stack before jumping, to return to that address, the JMP2r opcode is used, where instead of using the address on the working-stack, it takes its address from the return-stack.

In stack-machine programming, there are no precedence rules, the calculations are merely performed in the sequence in which they are presented. The order with which elements come off a stack is known as last in, first out. In the stack a b c, the c item was the last to be added, and will be the first to be removed.

All programming in Unxtal is done by manipulating the working stack(wst), and return stack(rst). Each stack contains 254 bytes, items from one stack can be moved into the other. Here are the stack primitives:

Shorts are made of two bytes, each byte can be manipulated individually.

A literal is a byte or short value to be pushed on the stacks, it must be prefixed with the LIT opcode, some runes will automatically prefix the value with the opcode.

Hexadecimal values are always lowercase, either a byte or a short in length. Give a special attention to the add2 hexadecimal value which, equals 44498 in decimal, and will not be interpreted as an opcode.

There are 64kb of addressable memory. Roms are loaded at 0x0100. Once in memory, a Uxn program can write over itself, store values among its running code, it is not uncommon for a uxntal program to directly modify the value of a literal in memory, or to change an opcode for another instead of branching. When writing or reading a short in memory, the position is that of the high byte.

The zero-page is the memory located between 0x0000 and 0x0100, its purpose is to store variables that will be accessed often. It is sligthly faster to read and write from the zero-page using the LDZ and STZ opcodes as they use only a single byte instead of a short. This memory space cannot be pre-filled in the rom prior to assembly.

Uxn can communicate with 16 devices at once, each device has 16 ports, each port handles a specific I/O message. Ports are mapped to the devices memory page, which is located outside of the main addressable memory.

Uxn is non-interruptible, vectors are locations in programs that are evaluated when certain events occur. A vector is evaluated until a BRK opcode is encountered, no new events will be triggered while a vector is evaluated, but events may be queued. Only one vector is executed at a time. The content of the stacks are preserved between vectors.

For example, the address stored in the Mouse/vector port points to a part of the program to be evaluated when the cursor is moved, or a button state has changed.

Uppercased opcodes are reserved words, hexadecimal values are always lowercased. Comments are within parentheses, curlies are used in the definition of macros, and the square brackets are ignored.

The first token in this program is the padding operation |0100, which is where the first page of memory ends, and where all Uxn programs begin. We, then, push the absolute address of the label @hello-world to the stack, which points to a series of characters in memory. 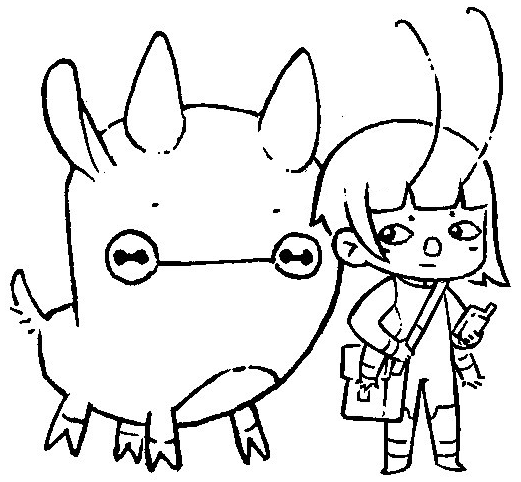 Next, we push the address of the @print-text routine, jump to it while also leaving a return address onto the return stack.

Both &while and @while are ways to define labels, but using &while will automatically prefix our new label with the name of the last @label, in this example print-text/while.

Next, the LDAk opcode takes two bytes at the top of the stack to form an absolute address, and puts the value in memory found at that address to the top of the stack, in this case, the ASCII value of the letter H. That value is sent to Console/write(port #18) which prints that character to the terminal.

We increment the absolute address found on top of the stack with INC2, because the address is made of two bytes. We load the incremented value, the JCN opcode will jump to the position of label &while for as long as the item on the stack not zero. We complete the program with POP2 to remove the address on the stack, to keep the stack clean at the end of the program.

Errors occur when a program behaves unexpectedly. Errors are normally handled by the emulator, but programs can set a system vector to evaluate when errors occurs. There are three known error types, and each one has an error code:

A collection of commonly used routines in Uxntal projects.

The following snippets are in the standard format. If you discover faster and smaller helpers, please get in touch with me.

To print the binary value from a short:

To print a decimal number from a short, without leading zeroes:

To convert a decimal string to a hexadecimal value.

To convert a hexadecimal character to a nibble.

To print a string.

It was also discovered by Yeti that inline strings can be printed, the following routine was submitted by Kira:

To print an entire page of memory:

To shift part of a string using a signed short.

To find the day of the week from a given date, Tomohiko Sakamoto's method:

To find if a year is a leap year:

To convert a signed byte to a signed short.