If you want to write fast software, use a slow computer.

A beauty cold and austere, like that of sculpture, without appeal to any part of our weaker nature, without the gorgeous trappings of painting or music, yet sublimely pure, and capable of a stern perfection such as only the greatest art can show.~

Early computers were designed from the ground up to be truly general purpose. When you turned them on, you'd be presented with the word READY, and a blinking cursor. It was an open invitation to PROGRAM the machine! This is no mere appliance, it's a beckoning gateway to intellectual discovery!

Imagine a computer harnessing the natural behavior of natural systems and utilizing their behaviors to solve equations.

Every one knew how laborious the usual method is of attaining to arts and sciences; whereas, by his contrivance, the most ignorant person, at a reasonable charge, and with a little bodily labour, might write books in philosophy, poetry, politics, laws, mathematics, and theology, without the least assistance from genius or study. ~

Non-electronic computers that work when you color them according to a simple set of rules. The booklet contains three series of computers: computers that compare, computers that count, and computers that play. From a technical standpoint they are all NOR-based logic circuits designed by using truth tables, karnaugh maps, and maxterm expansions.

From a social, political, and environmental perspective, these computers are an exploration of computation without electricity and semiconductors, an attempt to reinvent digital systems away from efficiency and productivity, and a hopeful prototype to expose the inner workings of computers.~ 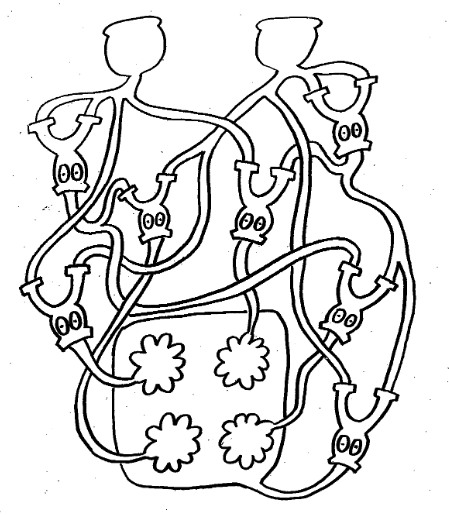 A nomogram is a graphical calculating device, a two-dimensional diagram designed to allow the approximate graphical computation of a function. Each variable is marked along a scale, and a line drawn through known scale values (or a straightedge placed across them) will cross the value of the unknown variable on its scale. See also, slide rules.

The stick method of multiplication involves properly placing and crossing sticks. You simply lay out sticks consistent with the place values of the digits being multiplied. Then, you count the places where the sticks cross.
Example: 62 x 21 = 1302 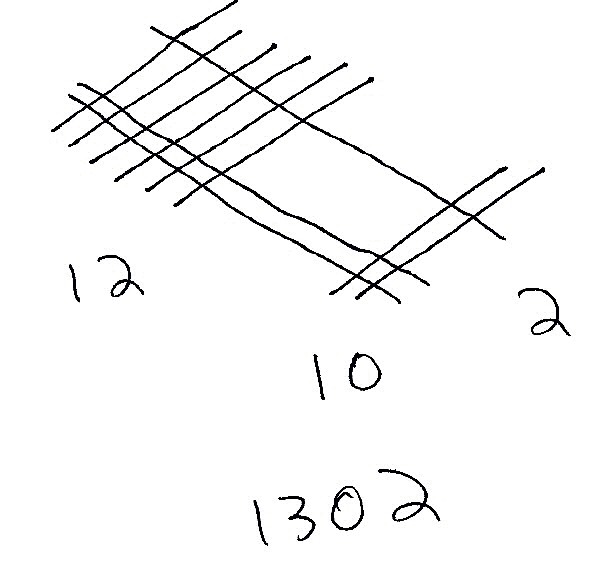 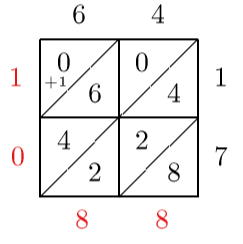 The right side of the triangle covers the unit digits of a partial product added to a possible carry from the right. The left corner of the triangle is placed in height corresponding to the tens figure of the partial product. Multiplication is done by arranging the rods for the numbers needed, then following the arrows from right to left to read out the result. 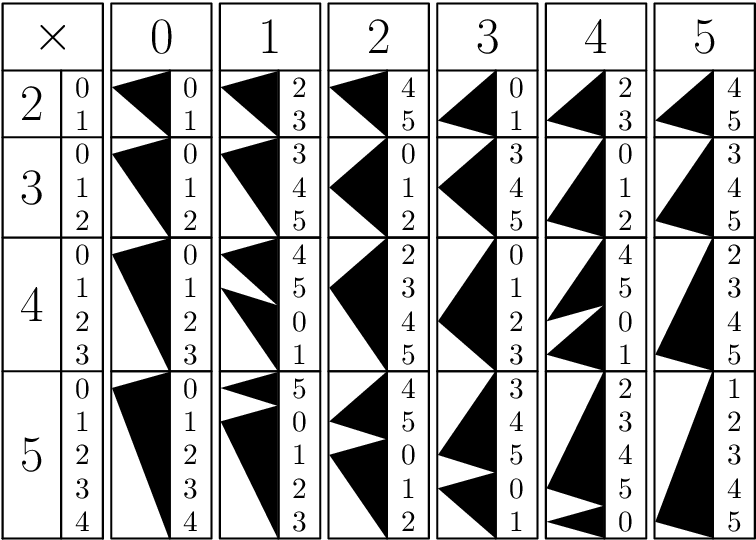 Fluidics is the construction of computing systems using fluids. Paper microfluidics don’t require external pumps or power sources, they can be small, portable, disposable, easy to distribute and operate, low-cost, technically simple to make, and they only need tiny amounts of sample fluid. A minimal setup can be as simple as heating the lines drawn by wax crayon on extra absorbent paper, like cellulose paper and using droplets with food colouring. 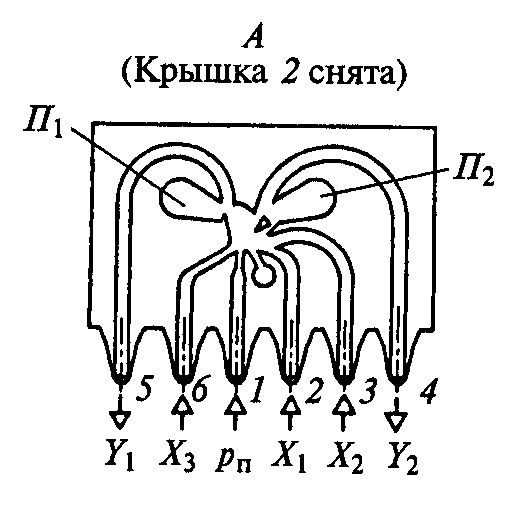 The price of reliability is the pursuit of the utmost simplicity. It is a price which the very rich find most hard to pay.~

A collection of notes on programming languages.

Jen, came in to see what incredible things the engineers and artists had come up with. Everyone was staring at a television set hooked up to a development box for the Sony Playstation. There, on the screen, against a single-color background, was a black triangle. "It's a black triangle", she said in an amused but sarcastic voice. One of the engine programmers tried to explain, but she shook her head and went back to her office. ~ 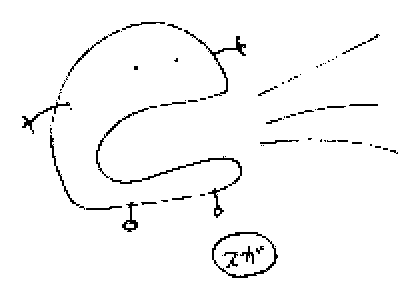 We use software because we have goals to achieve and things to do. The software we use is coded by programmers who have their own goals, sometimes these goals overlap with ours, over time these will diverge. The tools we depend on grow features we don't use or understand, introducing bugs that will prevent us from reaching our goals.

Programming is a form of worldmaking, in which the coder defines how that world operates.~ 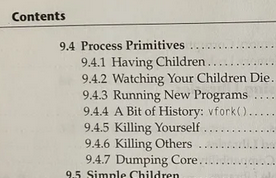 code it yourself manifesto

I have a well-deserved reputation for being something of a gadget freak, and am rarely happier than when spending an entire day programming my computer to perform automatically a task that it would otherwise take me a good ten seconds to do by hand. Ten seconds, I tell myself, is ten seconds. Time is valuable and ten seconds' worth of it is well worth the investment of a day's happy activity working out a way of saving it. — Douglas Adams 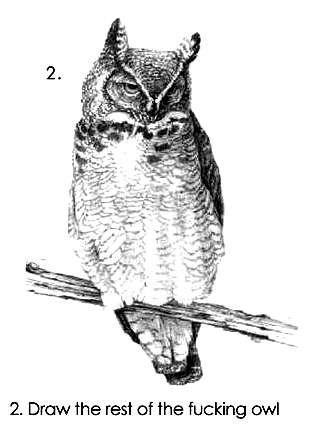 Software freedom is the freedom to run the program as you wish, for any purpose, to study how the program works, and change it, to redistribute copies and your modified versions so you can help others.

A virtual machine is a program that acts like a computer.

It simulates the instructions of a processor along with a few other hardware components, allowing it to perform arithmetic, read and write to memory, and interact with I/O devices, just like a physical computer. Most importantly, it can understand a machine language which you can use to program it.

A bedrock abstraction level is found in every human system. No recoverable failure, no matter how catastrophic, will ever demand intelligent intervention below it. When an application crashes, it might leave behind a core dump but never a "logic gate dump" and certainly not a "transistor dump." Logic gates and transistors lie well below the bedrock abstraction level of any ordinary computer. ~

To experiment with computing from first principles, have a look at the paper computer.

A cellular automaton is a collection of cells on a grid that evolves over time.

One way to simulate a two-dimensional cellular automaton is with an infinite sheet of graph paper along with a set of rules for the cells to follow.

Fractals are infinitely complex patterns that are self-similar across different scales. 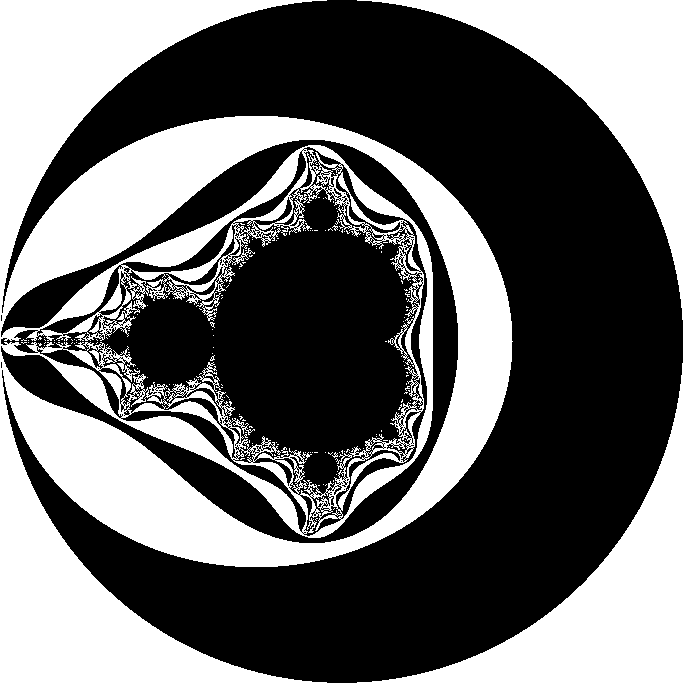