Characters are a selection of residents of Dinaisth at the end of times.

While some happened to find themselves on Dinaisth for reasons unrelated to the Ehrivevnv, the neauismetica focuses on the handful few completed the work of the Neon Hermetists.

Rlionn is a being who periodically manifest itself on Laeisth.

Rlionn is not a single individual but a trait that manifests itself for the inhabitants of Laeisth as sort of lucidity that drives its "children" to embark on a walk across the deserts toward Paradichlorisse.

Spoken-of in tales and songs, the stories of Rlionn and the procession of its subjects are sung in the album children_of_bramble.

While most of Rlionn's Children do not stray too far from the Oasis, one of them has left the desert of Laeisth to travel Dinaisth.

Neonev has crossed Kanikule, and survived, during the first season.

Andes immigrated through a Soies Injection shortly before the first season.

Andes was already present on Dinaisth when Neonev and the other immigrants arrived, the role of Andes in the collapse of Yajnev is unknown, but their arrival coincides with the destruction of Vetetrandes.

Prior the arrival of Andes, a massive office manifested in Laeisth, known as the Andes castel, suggesting an external manipulation of the Soies. Andes also brought through the injection, the tools required to study the Ehrivevnv. 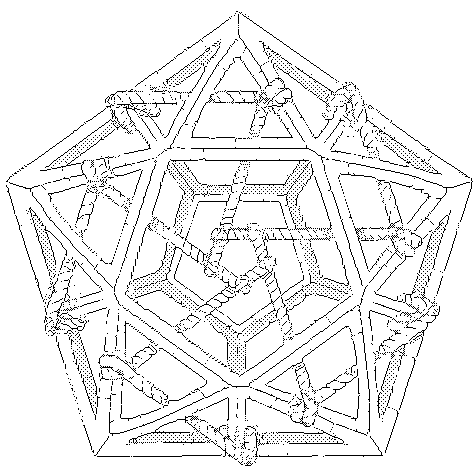 Numerous sculptures occupied the otherwise empty rooms the castel, one of the scultpure, the Known Magye, is a skeletal prism bound by a rope connecting some of its verteces at its center in the shape of a pentagon.

The death of Yajnev engulfed Vetetrandes in an opaque impenetrable lock.

Yajnev is an actor who's will is infinite but localized. Its nervous system dictates localy occuring events, as well as the course of Time. Anyone entering Yajnev is effectively vaporized and assimilated into the tendrils of Yajnev.

The space, and time, surrounding the corpse of Yajnev is animated by its reflexion and thoughts. The effect of the Immigrats approaching Dinaisth might have caused the collapse as they forced their way through the Soies.

Living deep beneath the surface of the Es plains, Paradichlorisse can be found endlessly reciting a kind of story. On its ribbon-like body, one will find the story of the occuring moment, as it occurs, in higher definition than presence itself.

A lesser impression of that encounter would be akin to picking up a book, and in vivid details, before your eyes is the story of your own picking up of that book, and the narration of the confusion that ensued.

An unfortunate traveler glancing at Paradichlorisse, would immediately collapse, unable to pull away. The naration of the current moment would feel more real than existence itself, and they would not find their way back into their enactable part of that story.

It is because I cannot see what you see that I can see at all.