The universe of John Horton Conway's Game Of Life is an infinite, two-dimensional orthogonal grid of cells, each of which is in one of two possible states, live or dead. Every cell interacts with its eight neighbours. At each step in time, the following transitions occur: 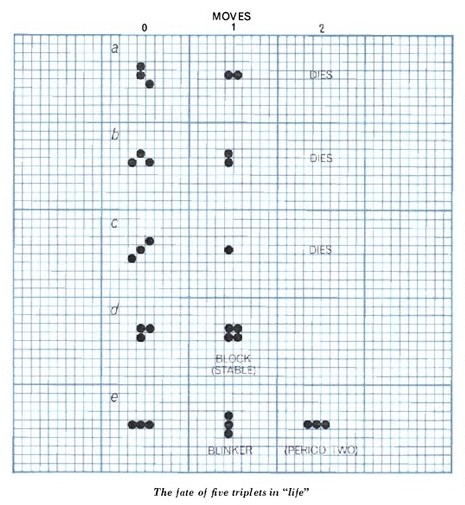 In cellular automata, a methuselah is a small "seed" pattern of initial live cells that take a large number of generations in order to stabilize.